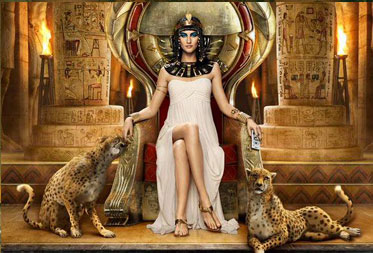 It seems that everyone has heard of Cleopatra’s legendary beauty. Young Elizabeth Taylor herself was cast to play this ruling Egyptian stunner in the 1963 film “Cleopatra”. She was so unforgettable that even today young women dress up in glamorous “Cleopatra” costumes for their Halloween parties over 2000 years after her death. And how about Nefertiti? Her name literally means “a beautiful woman has come”. She reigned over Egypt around 1300 BC with her husband Akhenaten. The legend of Nefertiti’s beauty continues to intrigue scholars today. Cleopatra and Nefertiti were both destined to go down in history as the most beautiful and intriguing women in Egypt. Despite being born over 1300 years apart, both women used the same ingredient in their beauty routines! This ingredient is black seed oil (Nigella sativa), also known as black cumin seed oil. Cleopatra used black seed oil in her bath, and Nefertiti used black seed oil as part of her skin care routine. Evidences of historical findings had stated that The Legendary Egypt's Ruler Beauty Queen Cleopatra kept this 'miracle oil' in her tomb and also reported discovery in Egyptian Pharoah Tutankhamun's tomb.

Traced back to over 3000 years, Black seed has been used extensively as a herbal remedy and as a food condiment for thousands of years. It has an abundance of names and is most commonly referred to as black seed or black cumin seed in Western countries.

Mentioned in the Bible The earliest written reference is in the book of Isaiah in the Old Testament where it is referred as "ketzah" a spice for bread and cakes that can be used in many ways. Easton’s bible dictionary clarifies that the Hebrew word for black cumin, ketsah, refers to the nigella sativa. Isaiah compares the reaping of black cumin with wheat. "For the black cumin is not threshed with a threshing sledge, nor is a cart wheel rolled over the cumin, but the black cumin is beaten out with a stick, and the cumin with a rod." (Isiah 28:25,27 NKJV).

Recommended by the Prophet Muhammad(SWS) The beard hair of the Holy Prophet (peace be upon him). "Hold on to the use of the black seed for indeed it has a remedy for every disease except death." "Hold on," indicates a long-term use and should be well observed. A long term use means to take regularly. Hadith (Sayings of the Prophet Muhammad (SWS) narrated by his companions.)7.591

We went out and Ghalib bin Abjar was accompanying us. He fell ill on the way and when we arrived at Medina he was still sick. Ibn Abi ‘Atiq came to visit him and said to us, "Treat him with black cumin. Take five or seven seeds and crush them (mix the powder with oil) and drop the resulting mixture into both nostrils, for 'Aisha has narrated to me that she heard the Prophet saying, 'This black cumin is healing for all diseases except As-Sam.' 'Aisha had asked 'What is As-Sam?' The Prophet (SWS) replied, 'Death.' " – Hadith 7.592

Not only was the oil of black cumin found in Tutankhamen's tomb, which indicates that it formed part of the carefully entombed items to assist a king in the afterlife also seeds with honey were found in the tomb which are still usable.

It is also known to have been used by Cleopatra for it's health and beauty giving qualities. Queen Nefertiti, praised for her exquisite complexion, was an avid user of black cumin seed oil. Physicians in Pharaohs’ times used black seed as a remedy for colds, headaches, digestive disorders, toothaches, infections, inflammatory disorders and allergies.

Used by all Naturopathic Masters

Hippocrates(5th century B.C.) regarded nigella sativa which he referred to as as a valuable remedy in hepatic and digestive disorders. In the first century it was used extensively by Pliny the elder in his "Naturalis Historia" (Natural History) who referred to it as "Git".

His list of remedies include the treatment of snakebites and scorpion stings, calosites, old tumours, abscesses, and skin rashes . A series of remedies against colds and inflammations in the area of the head are recommended (which appeared almost unchanged in the large German medicinal plant encyclopedias of the 16th to 18th centuries).

A short time later it was used by the Greek physician Dioscoredes, who described the plant clearly under the name of melanthion in his 5-volume pharmacology "De Materia Medica" which was used as a reference for healing with herbs into the Middle Ages, he used black cumin seed to treat headaches, nasal congestion, toothache and intestinal parasites.

They were also used, he reported, as a diuretic to promote menstruation and increase milk production. Dioscoredes was to influence the homeopathic master’s of modern time. Composed a treatise on the early origins of Indian and Chinese drugs, mentions that the black seed is a kind of grain called alwanak in the Sigzi dialect. Later, this was confirmed by Suhar Bakht who explained it to be habb-i-Sajzi. This reference to black seed as "grains" points to the seed’s possible nutritional use during the tenth and eleventh centuries. Appreciated for it’s many qualities and bitter, warming stimulant nature. In tradition and typology of the 3 doshas, black cumin reduces veta and kapha and increases pitta.

Used for a wide variety of complaints and has even been developed for such unusual indications as anorexia, certain disorders of the nervous system, discharge and veneral disease.

As a result of its uterus contracting effect it is also administered when labour is weak and in cases of sepesis. Black seed oil should not be taken during pregnancy. It is also attributed as a tonicising and mood brightening effectant.

They are useful in:

Author of "The Canon of Medicine") one of the most famous books in the field of medicine east and west. Claimed black seed is good for:

Ibn Sina in describing the black seed as that which "stimulates the body's energy and helps recovery from fatigue or disspiritedness," still holds true for Tibb (Islamic Medicine) health practitioners today.

The rich nutritional value contained in black seed as outlined by scientific analysis of black seed, also points to it as a great source of energy.

From the Tibb health perspective, the black seed has an ability to maintain and restore body heat. Our Western diet, predominantly made up of cold foods, ice in our drinks, yoghurt, pizza, cheese and processed foods and refined foods all deplete the innate heat our body requires in order to optimally function.

Tibb holds the view that a reduced metabolic rate (innate heat) is the cause of most illnesses. The body, in losing energy, also loses its ability to fight off toxins, resulting in a greater chance of contacting illness.

Traditionally used in the Orient for: "New Kreutterbuch" 1539 and Jacobus Theodorus Tabernaemontanus, " The New Complete Herbal Book" 1731 both give an abundant knowledge of black seed (nigella).

Black cumin and its oil have been used to purge parasites and worms, detoxify, ameliorate amoebic dysentery, shigellosis, abscesses, old tumours, ulcers of the mouth and rhinitis. Recent research has confirmed these uses for humans, dogs, cats and horses. 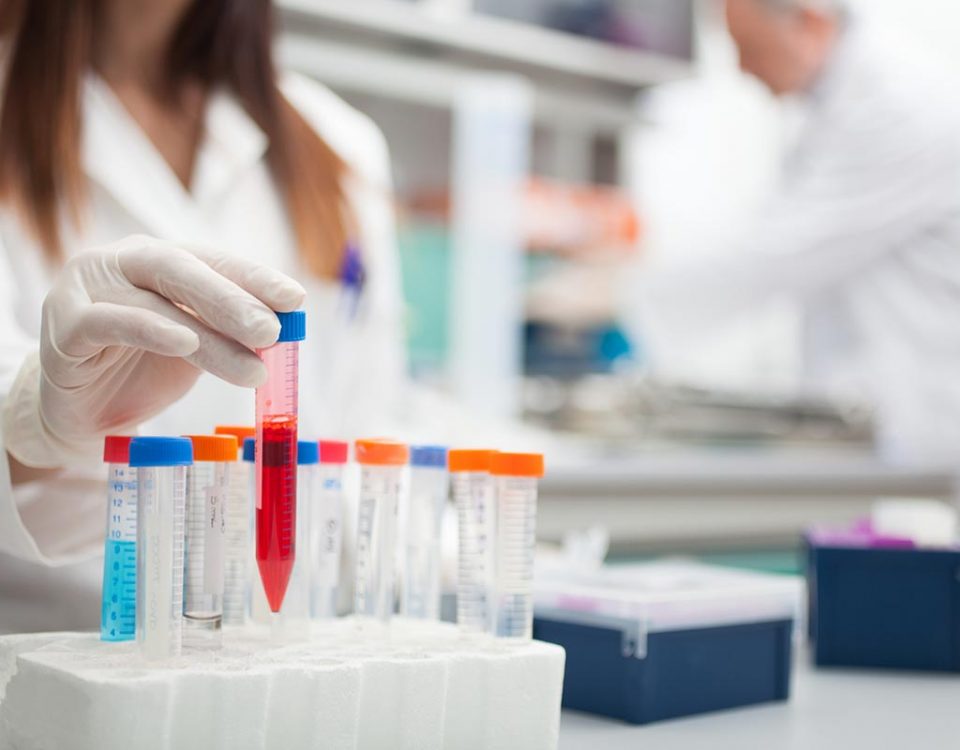 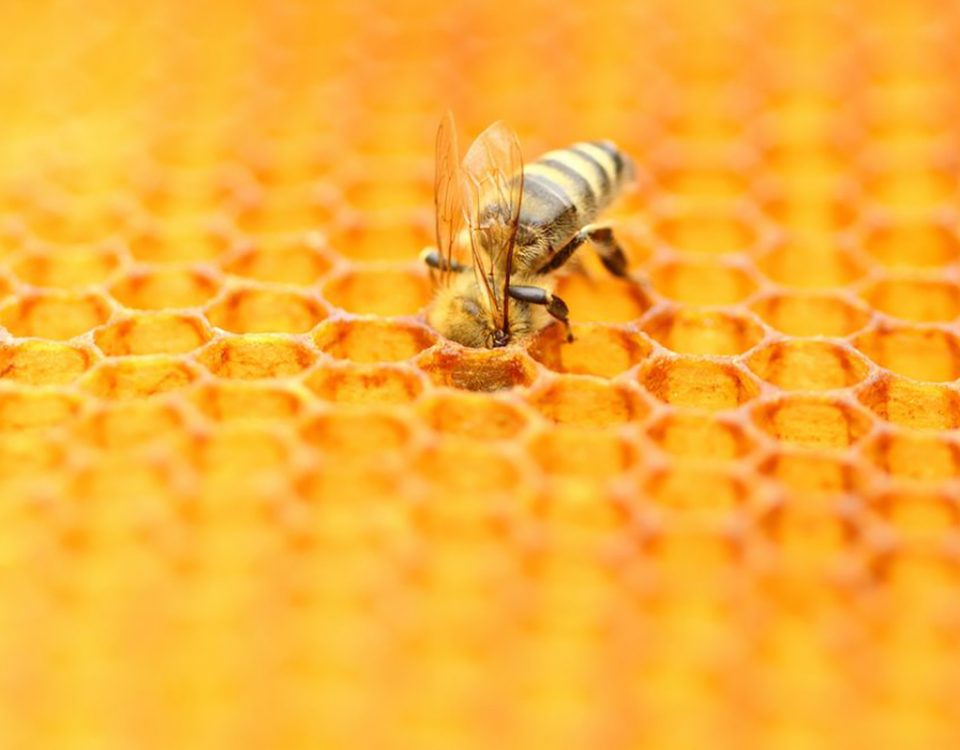 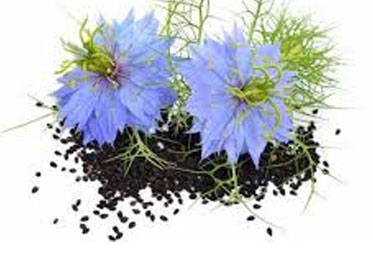